Kids caring for the sick 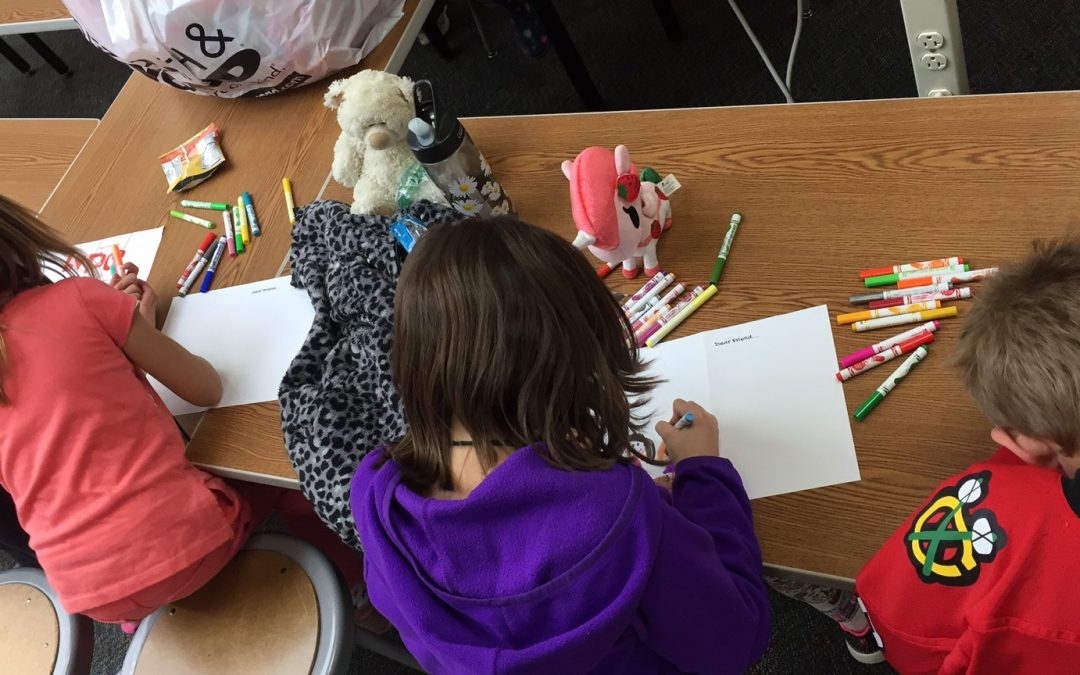 Making fleece blankets and “Hope” cards to comfort the sick teaches kids empathy, kindness and so much more.

On Thursday, March 23rd, the students participating in the Inside Out Club at Elmwood Elementary took part in a lesson focused on Caring for the Sick. After sharing in the Inside Out Club pledge together and learning of the topic for the day, the children immediately began raising their hands, wanting to share about family members and friends they knew who were sick.

Once the children had shared in a large group of their experiences with those who were sick, the group together watched Ella’s Special Spaces Bedroom Makeover. The little girl in the video is from Naperville. As the children were watching the video they were commenting on how “cool” it was that her hospital equipment could be in her room and therefore she would not need to be in the hospital for her care. After the video, the children discussed if they were sick or needed special care, they too would be most comfortable within their own home, with their families around.

The group then transitioned to learning about Phil’s Friends, an nonprofit organization helping those with cancer. As the children learned that they would be making fleece

blankets for patients with cancer, they became eager to help, suggesting: “These blankets are so soft, they would make me feel better.” “When I’m sick I just want my blanket and my IPAD.” Once the children were gathered in groups of 4, they began to work together to cut and tie the blankets. The kids began talking with each other about the items their family needed when they were sick, or even comfort objects they had to help them. Some of the children were even sharing experiences they had of living with someone in their family who was sick.

It was apparent that the children were taking pride in the work they were doing to help those who were suffering.

As each group finished their blankets, the kids were excited to show off the completed blankets. The children also wrote Cards of Hope for Phil’s Friends to mail to those fighting cancer. The children were including messages on the cards such as: “Keep Fighting”, “You are Strong”, “I am sorry you have cancer.” “I will be thinking of you.”

This lesson was truly powerful for the students. Every child in the group had an experience with a loved one who was ill or who had been suffered with an illness. It was evident how thoughtful and humbled the children were after witnessing the needs of the sick through the video and hearing stories from their classmates of other families who had to cope with illness.

The children realized that even as young kids there are many ways to comfort and show love for those who are sick in our community and in our homes.