Inside Out Club Kids Thanking Veterans 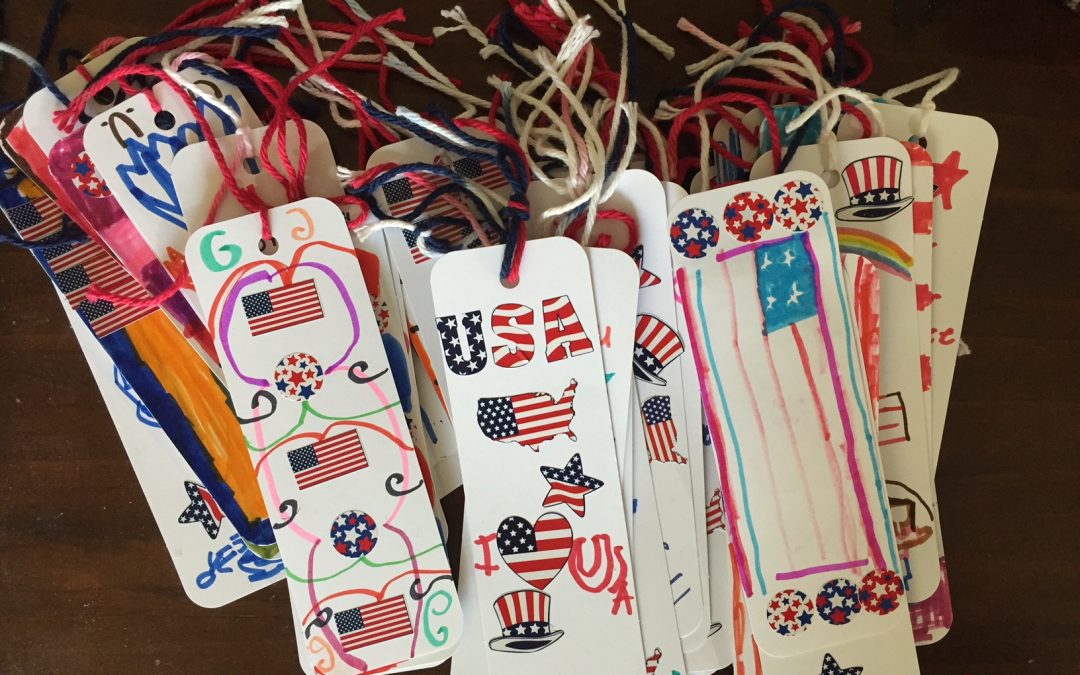 This past month over 650 students took time to thank veterans.

As part of the Inside Out Club school program students participated in a “Thank A Veteran” lesson. During the lesson students took part in “boot camp” to understand better  how soldiers have to work hard and never give up, they created flag collages to hang in their schools and learned about Honor Flight Chicago. Each student made a bookmark or card to thank a veteran. These were given to veterans at their school celebrations or donated to Honor Flight Chicago.

At Kingsley Elementary, the Inside Out Club had the fortunate opportunity of video chatting with Captain Kenneth Hynes of the United States Air Force as part of our “Thank a Veteran” meeting. Captain Hynes illustrated several Inside Out Club character traits when he talked about his work during a recent deployment to Kyrgyzstan. During his deployment, he traversed the Kyrgyzstani hills with locals (sometimes sharing his ATV with a local guide in exchange for riding the guide’s horse) to help clean up pollution and ensure the local residents had access to clean, safe drinking water.

Captain Hynes also talked about how Kyrgyzstani schools have less technology than our schools in Naperville. He delivered TVs and other supplies to schools in Kyrgyzstan and also helped teach English to students who hoped to study in the United States one day. He talked about the excitement of coming home after six months of being away from his wife and young son. He also answered questions from our club members – and discussed persevering when military life and duties were much harder than he anticipated. The Kingsley Inside Out Club students enjoyed this very unique opportunity and thanked Captain Hynes for his time!

We want to thank all of the volunteers that make the Inside Out Club school program possible!