Perseverance: The art and science of making failure temporary 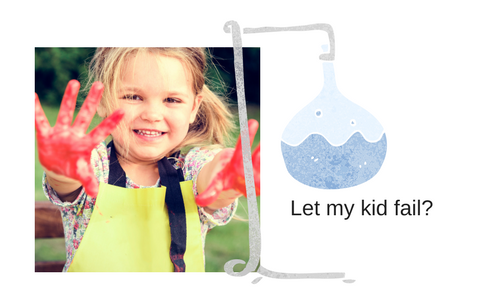 Perseverance: that tenacity or steadfastness located INSIDE each of us that makes us get up, dust ourselves off, and try again. Or, as F. Scott Fitzgerald (1986 – 1940) said of persevering, “Never confuse a single defeat with a final defeat.”

If we want to raise children who are inclusive, socially emotionally intelligent and charitable, giving them the tools and opportunities to exercise that perseverance “muscle” is mission critical.

We have all seen the kid who demonstrates natural ability, strength and understanding of a sport at an early age. The kid seems to take control and quickly dominate one or several sports. Many times, these players appear to level off in skill as they age. Natural ability has not decreased but other factors have increased their impact. (The taller than average 9-year-old basketball center who, in the span of six months, is no longer 5” taller than local competition, for example. Or the young gymnast or wrestler who has never lost an event or match but advances to a higher level of competition and fails not just to win but to qualify for finals). If the emerging STAR has learned perseverance, the new experience of defeat does not trip him or her up.

Kids who will entertain perseverance as a viable option after a defeat are typically are easier to coach. They understand competition is not just about them but rather a collective group attempting to achieve a goal. They can see two steps forward, one step backward as a national progression. When they have ownership of the quality of perseverance and internal motivation, they have a valuable self-awareness.

With a specialty in elite performance, I see performance analogies everywhere. I also know that a young elite performer is a microcosm for all children growing up. The same positive character traits will serve them all well. Babe Ruth said, “It’s hard to beat a person who never gives up.”

As a sidebar, on a practical, “get these young adults launched and independent level”, it’s nice to know that perseverance is sought after in the workplace. I recently read a blog on LinkedIn that I found very helpful. The blog listed the advantages to hiring former student-athletes. One of the attributes sought in new hires was the skill of perseverance developed during a sport. My favorite all-time expert on perseverance is comedian author Steve Martin. He said, more than once, “Thankfully, perseverance is a good substitute for talent.”